Acquire the Power Of Influence Pt. 2

Rapport is the foundation of influence. I outlined more pacing techniques while speaking to other. Be aware of the individual you are speaking to and gradually mirror and match their behavior.

Other Things You Can Pace-Opinions & Beliefs

A successful communicator cannot afford to offend people. When disagreeing with someone’s statement or ideas, they think you are saying that you are not like them. I not saying that you must agree with everything your prospect said. There is a way were you can disagree if necessary and maintain your integrity and avoid offending someone.

There is one three letter word that destroys most effective communication when people are in disagreement, and that is BUT. It is commonly used and it’s the most destructive words in your communication. When the word BUT is used it increases the resistance to your ideas and it negates everything said before it.

When you communicate using some variation of” YES, BUT”, it builds resistance. The best way to initially respond to a disagreement is with an agreement. It creates rapport and allows you and your prospect to stay on common ground.

Start using the agreement frame help you handle and break down objections. It’s a way to link the person’s value or belief with one that you are going to present to them. A successful agreement frame a pathway to provide new and exciting choices for you and your prospects.

Truisms are truthful statements or facts. To gain rapport by pacing facts, you should find out as much facts about your prospect as possible (ie philosophies, beliefs and attitude).

When you are in rapport, pace truisms and facts properly, the prospects will have difficulty saying no because it would seen as if they are saying no to themselves.

The matching or mirroring of you prospects non-verbal behavior. Mirroring and matching offers the prospect a reflections of themselves. It’s almost a magical power because of the way people respond to their own behavior. There are many non-verbal actions that you can take note of. However, you are not going to remember all the non-verbal actions to focus on. Just follow the person’s lead.

Most matching and mirror happens from the waist up. Any movement like head nods, head tilts, facial express, positioning of the arms, hand gestures crossing the feet or legs and overall posture. The key is not to be obvious while telling them at the subconscious level, “I like you”.

Practice pacing peoples body movement; you will notice how they respond favorably to you and become more relaxed.

After a few minutes after minutes when you move they will begin move. In actuality you are leading your prospect, you in control.

The pattern of your breathing is directly linked to you emotional state. You breathe differently for each emotion. To establish subconscious rapport, you can pace their breathing as a form of connection. It requires some observation on your part to pick up someone’s breathing pattern. However, breathing is the most challenging aspect to pace, yet the most powerful.

Start practicing today!  Rapport is the key to long-term business and personal success. 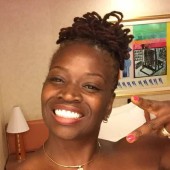 Do You Track Your Daily Business Activity?

How to Develop a Daily Strategy For Achieving Success

My Journey into The MLM Industry!?!