The Wizard of Oz and the Spirit of Your MLM Marketing.

This classical American musical comedy-drama fantasy film made in 1939 would have been a MLM Marketing nightmare. Produced by MGM, nominated for 6 Academy awards and a budget of $2,777,000, it failed to produce a block buster return.  It turned a profit with a re-release in 1949, but it was not until 1956 its introduction to television, that it became one of the most known films in cinema history.

We all know the story a girl has a dream about combatting her own fears and learns along the way she is not alone. She is directed to follow the yellow brick road a.k.a. her journey. Yes, to market effectively your MLM, you must be willing and prepared for a journey. She met others who had their own challenges the lion, scare crow and tin man and so will you meet others with the same or different challenges then your own.

They had to meet a challenge

When they meet the Great Wizard of Oz he challenged them to face their greatest fear, the wicked WITCH of the west and making that journey would put them in a space of full negativity. So different from emerald city, yet they wanted to be made whole again, so they banded together to face the witch. MLM marketing requires you to speak to people you don’t know face to face or over the phone. For many that is a nightmare, because its not part of your comfort zone.

We already have the courage, heart and brains to do MLM Marketing successfully and it is part of the journey to your success. Finding the right method to accomplish the work involved is the challenge. There are so many options to skin this cat, that you can wind up getting confused, taking the yellow brick road to your success. The is a difference between joining forces with others who want more and together facing the hardships associated with MLM Marketing.

In the end mission is accomplished the impossible happens, they destroy the wicked witch and everyone is rewarded with the items they journeyed for. Where every you are in journey, your willingness to go forward will be your reward, like the carrot hanging on a string before the donkey. You get going because you just will never know how close you came to breaking it wide open, when you QUIT….

Your Partner in Time, 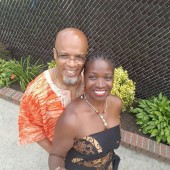 One Simple Tip to Becoming a Better YOU

Clearing your Cache is as Easy as Pie

The Ah Ha Moment That Changed My Business